Q: Who are you? What makes you qualified to tell me about politics?
A: I am a former political staffer. Specifically, I was a constituent affairs director for an elected official. I've worked at every level except county, have worked many a political campaign, and have experience working for a member of congress. I also have degrees in other areas - e.g. international relations/counterterrorism, which is why I occasionally lapse into discussions about geopolitics and warfare.

(If you see me musing about chemical weapons, the degrees are to blame.)

Unlike other Twitter colleagues, I tend to err on the side of caution when it comes to my identity. It's not necessarily a big deal, but I have had several weird experiences already, including someone trying to impersonate me and someone being creepy about disagreeing with my political stances. Moreover, I'd rather not encourage harassment of my real-life colleagues, due to my online political stances.

I realize that we live in a fake news world, so you may be wondering how you can trust what I say to be true. I always try and make it a point to source my information with more than one source. When I can't exactly source something - e.g. explaining how the political process works - I tend to be very upfront about that fact, and might also tag in those who I know also work in politics.
Q: Why are your updates sporadic sometimes?
A: The honest answer: there are periods where work is really hectic, due to ongoing projects. So this means I can't always be as detailed as I want to be.

Q: If you don't tell us who you are, how can we get in touch?
​A: ​You can find me on Twitter or Tumblr. I am also over at Road to 18.
Q: Ok, we have to ask. Are you picking the worst possible pictures you can find of the cabinet nominees/WH staff?
A: Hah - YES. You've guessed it. I know it seems like a silly, inconsequential thing, but there is power in imagery.

But my photo choices are a reminder that these people are only human, and thus, only one individual. We, the people, have the power to stop them. And we can.
Q: Can I cut and paste your links + call scripts, and post it on my website?
A: No. You're welcome to link to me, and that's it.

Here's why: I'm generally not precious about my work or credit. I want people to call and get to know their reps. I want people to feel comfortable advocating. If you follow me on Twitter, you know this. Nothing pleases me more than when I see people sharing the link, and encouraging each other to call. I'm even more thrilled when people report back to me, and told me that they've called,  despite never having done so before.

On a slightly selfish note: I also spend hours a day updating with information and trying to best think of how I can do it in a way that makes it easy to understand. I just don't want someone rolling up and cutting and pasting in five minutes.
Q: Will you tell me what to do to fight Trump in my town/city/state?
A: I'm happy to offer broad recommendations, but I can't specify it for you.

​Here's why: If I go and research every single issues/candidate in your area, and then condense it into a list of action items which you can use, and then multiple that by however many people ask, I won't have time to do anything else. I have a lot of other commitments, including a job.

Moreover, we each have to figure out how to continue working over the next four years, and learning how to evolve our strategies depending on the political landscape. Always happy to offer recommendations. But if you are feeling at a loss on the local level, I would strongly encourage you to get involved with your local Democratic party. You can find them here. Support the candidates that they are supporting, within reasons. Ask how to get involved with state and federal campaigns too.
​
Q: Why haven't you included XYZ name/or XYZ issue on your site?
A: See above. I'm getting around to it, but again: I'm only one person.

Also, I've occasionally seen complaints that I haven't added certain things - e.g. someone complained I didn't cover bills. The truth is, I don't cover things that aren't pressing. A lot of bills are introduced daily, and e.g. I'm not going to cover the ones that I know are going to die in committee.
​
Q: You've mentioned before that petitions aren't good ideas. Why?
A: Petitions are actually awesome information tools, because they help spread the word for an issue. But they won't actually have impact.

1) Most government petitions have VERY specific requirements when it comes to language and signature requirements. E.g. You have to live in a specific area. Or you have to include a certain number of amendements.

This is partially designed to make petitions hard, so people won't file them on a moment's notice. But it's also to make sure that they do fulfill legal requirements. So when you have a bunch of internet randoms signing a petiton? It's not going to be effective, since you can't necessarily verify each and every address.
Q: So are you saying that the petitions that I've been signing for the electoral college/to delay the vote/or about other issues have had no impact?
A: In a word, yes. Sorry. :(

You've definitely learned about the issue yourself, which is a good thing. But will it impact the overall process? No.
Q: Why can't I just tweet my elected officials and ask them to do something?
A: So here's the thing. Twitter's cathartic, and sometimes - you just want to tweet someone and give them a piece of your mind.

(I'm guilty of this. I also encouraged everyone to tweet Mitch McConnell and tell him just what they thought of him after the WaPo story about Russia went public.)

But it also doesn't really count for much. Much like petitions, elected officials want to know you're a constituent. So calls > emails > letters > social media.
​
Q: Why can't you just accept that Trump won? And do you mind if I troll you?
A: Sure, but you're really going to have to come up with some something to beat some of the epic posts I've already gotten.

As for Trump though: here's the thing. I lived through Bush senior and Bush junior. I hated every moment of the latter, but I wasn't actively afraid for my life and the lives of others, like I am now. Trump is someone who is unwholly qualified to be president, as evidenced by how far democracy has already gone off the rails.

Moreover, we can't say that he would have won, if it wasn't for the persistent interference by Russia. While we can relitigate some of the other problems during the campaign cycle - Hillary's disadvantages; the lack of substantive policy discussions - the fact remains, he's already been delegitimized as a candidate, and via foreign influence, to boot.

It's my responsibility as someone who believes in the Constitution to fight for democracy. Make sense?
Q: Okay, but [insert group here] told me to tweet/text [insert organization here]. Are you saying they're lying?
A: No, they're not lying. But they - like you and me - are navigating a constantly changing world, where we're working off of bits and pieces of evolving information. They're going by logic and instinct.

I have the advantage of working in government, so I know some helpful tips and shortcuts that they don't know.
Q: Why do you keep complaining about fake news? Is it really fake, if it's on a left-leaning website?
A: Ok. Are you sitting down? Because, I have to confess: You've hit on my pet peeve.

We're all hearing about the epidemic of fake news these days, because it's become a thing. A dangerous thing. Fake news dominated the campaign, and that's why it wasn't that uncommon for people to spout some TRULY wild theories about Hillary and Trump - e.g. the fake story that the Pope had endorsed Trump.

However, fake news goes hand-in-hand with biased news and confirmation bias. Part of the problem with this news cycle, was that people also only sought out the news that they wanted to read - e.g. left-leaning people reading The Intercept.

(Look, I'm still going to judge you if the only thing you read The Intercept. Sorry, but true. Have you met Greenwald? His news is biased AF.)

​So we've written a thread here on how to avoid confirmation bias.
​Q: How can we support you?
A: Since I've had many people ask, I would not say no to a cup of coffee.
​
Q: Why are you writing this FAQ? Shouldn't you be fighting fascism?
A: Oh, come on. Let me have my fun.

The truth is, I'm actually pretty verbose. But I spend most of my time on Twitter, cramming my thoughts into 140 character or less. This gives me a better platform, and the opportunity to answer some FAQs. But with that being said... 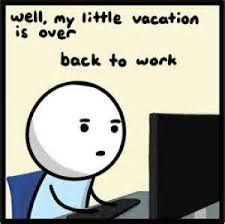