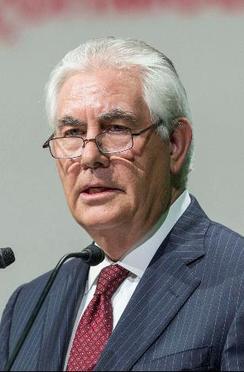 Why he is unqualified: No political or diplomatic experience, full stop. Moreover, he works for an oil company that has ties to Putin.

He has no experience in public service.
​He claims that he has not talked about Russia with Trump.  (Reminder: he has an Order of Friendship from Putin)
Even Senate Republicans find his answers on Russia troubling. ​

I feel like I'm saying this a lot: but that was a dangerous, concerning train wreck.

Since we're on a time crunch, l won't do what I normally do, and split it up into issues. Instead, read these articles:

Ok, so what next?

First, the Tillerson floor vote is LIKELY today, Feb 1st beginning at 2:30 EST. We are only hours away, IF the vote is not pushed.

Second: Refer back to the main senate confirmation page graphic for how the entire confirmation process works. Tillerson's confirmation has cleared foreign affairs, and is now being pushed through to a full floor vote - LIKELY THIS AFTERNOON 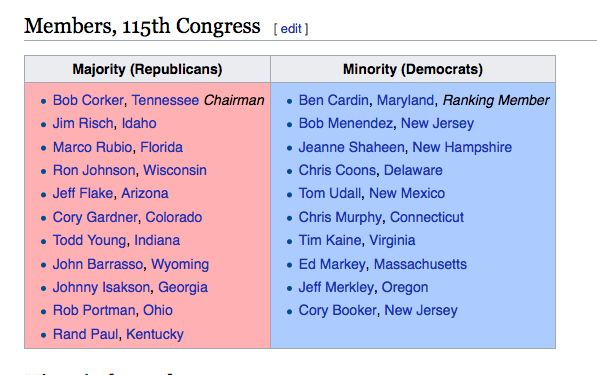 So, what does this mean?

For your members on the committee:
Date

My name is [name], and I live in [zip code]. I would like to strongly urge [elected] to please reject Mr. Rex Tillerson's nomination for Secretary of State.  during today's vote.

I am troubled by his lack of political experience, and his potential conflicts of interest globally. While he may have global business interests, he's profoundly inexperienced in foreign policy, and I'm concerned about his ability to lead the Department of State.

Thank you for your consideration,

You: I'd like to urge that [Rep name]  to please reject Rex Tillerson for Secretary of State.

You: He has no experience in public office. While he may have global business ties, he is inexperienced in global democracy, as demonstrated by both his answers on Russia, his lack ofexperience with Iran's nuclear commitment, and his incorrect usage of terms for US's long standing foreign policy for Taiwan.

You: Thank you and have a good day.